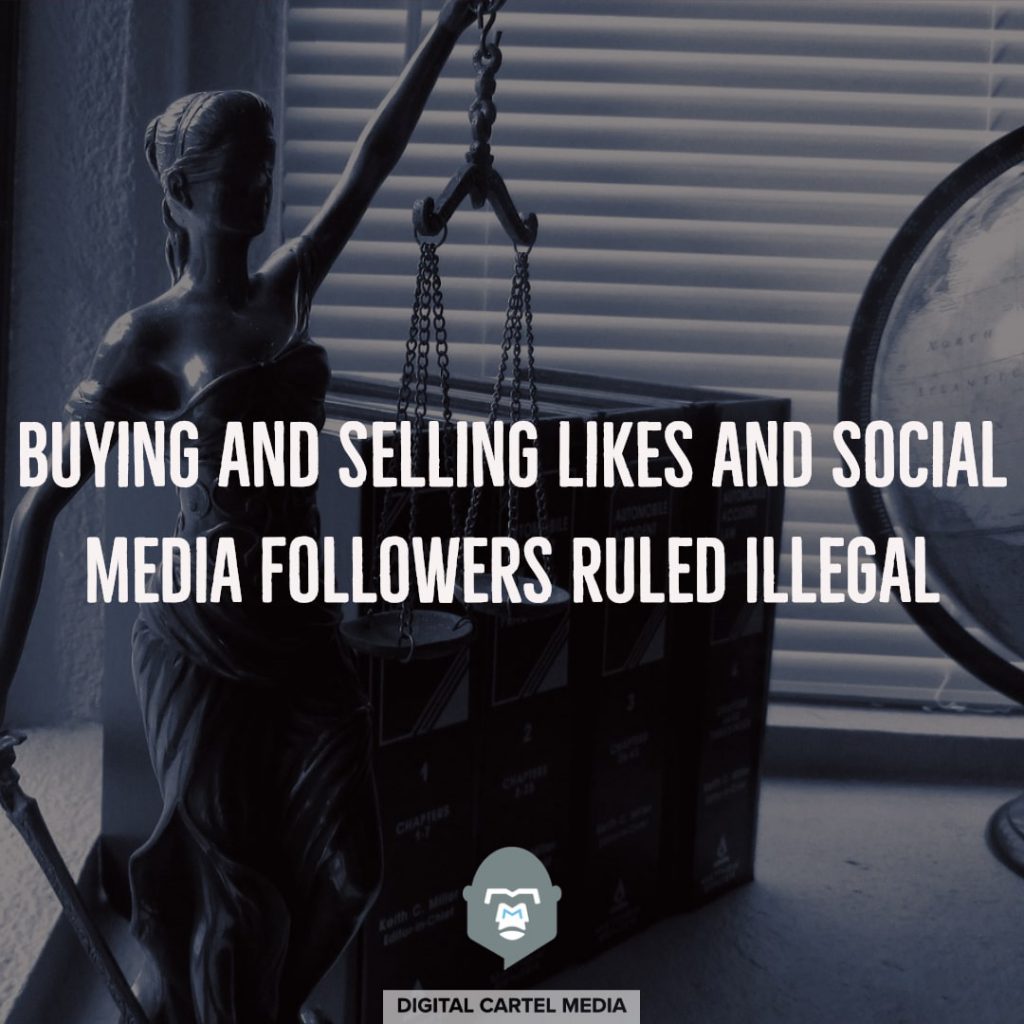 This could make business much more difficult for those selling fake social media likes and followers.

In a case related to the New York Times investigation into American company Devumi, a court has ruled that Devumi can no longer work in the same way as it had been. Basically outlawing the sale of social media followers and likes.

As explained on the website of NY’s Attorney General:

“Attorney General Letitia James today announced a precedent-setting settlement over the sale of fake followers, “likes,” and views on social media platforms, including Twitter and YouTube, using fake activity from false accounts. The settlement prohibits Devumi LLC and related companies (“Devumi”) from engaging in any of the same misconduct going forward. This settlement marks the first finding by a law enforcement agency that selling fake social media engagement and using stolen identities to engage in online activity is illegal.”

That could potentially deter people from using similar services moving forward. Of course, this is only one region, and it would not apply to those operating outside the United States. It’s still a notable step for the industry. Inching closer to a form of regulation over what goes on within social platforms themselves.

The case arises from a New York Times report published last year, which exposed a multitude of celebrities and influencers who were customers of Devumi, a fake distributor operating in the United States.

As explained in the report:

“Devumi sells Twitter followers and retweets to celebrities, businesses and anyone who wants to appear more popular or exert influence online. Drawing on an estimated stock of at least 3.5 million automated accounts, each sold many times over, the company has provided customers with more than 200 million Twitter followers, a New York Times investigation found.”

What’s all this mean?

As reported by Mashable, Devumi closed shop last August due to negative publicity and backlash because of the NYT expose. But, the company had accumulated around $15 million in revenue from slanging fakes.

The ruling is a huge leap for the broader digital marketing sector. Particularly given the surge of influencer marketing. Brands are shelling out big bucks to reach audiences through prominent users. For that spend to be effective, the influencers you employ have to have actual influence. Which they won’t if all of the accounts they’re reaching are actually bots. Social media platforms are always conducting their own actions to eliminate fakes and cheats. But, the fact that it’s becoming an actual legal concern could help that push significantly.