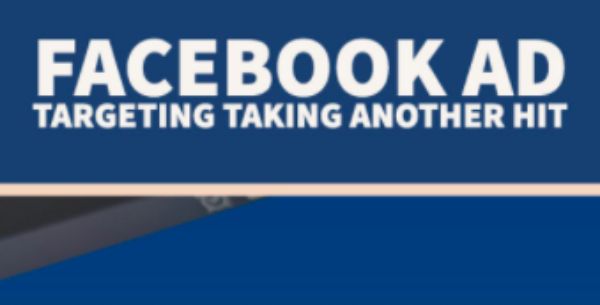 It’s taken a bit of time, but Facebook is announcing that it will increase its efforts to limit discriminatory ad targeting. Doing so by removing a range of ad targeting options to better ensure its systems are not used to limit audiences in an unfair manner. Some are saying this is another example of Facebook ad targeting taking another hit.

The improvements relate to housing, employment and credit ads – as detailed by Facebook COO Cheryl Sandberg:

Why Are Things Changing

The changes have come about as a result of action taken against Facebook by National Fair Housing Alliance and others. After investigations discovering that Facebook’s ad targeting options could be used to discriminate.

The first discovery on this front was uncovered by ProPublica in 2016. They found that Facebook’s system is enabling advertisers to exclude black, Hispanic, and others from seeing ads.

Facebook updated its policies to prevent such acts in early 2017. But it was possible for advertisers to continue using such exclusions through Facebook’s ad targeting system. In the wake of the Cambridge Analytica scandal Facebook is removing more than 5,000 ad targeting options. They;re also rolling out a new opt-in agreement process which is giving them some legal enforcement option against businesses.

Those measures still aren’t stopping a business from targeting and excluding specific audiences. Facebook’s latest update takes its efforts a step further. This should limit the roll of businesses to focus on audience segments.

Given the complexity of its targeting algorithm, Facebook can’t rule out its system being used for such purpose in some manner. In examining the update for The New York Times, Pauline Kim notes that:

“It’s within the realm of possibility, depending on how the algorithm is constructed, that you could end up serving ads, inadvertently, to biased audiences.”

Why Is This A Problem