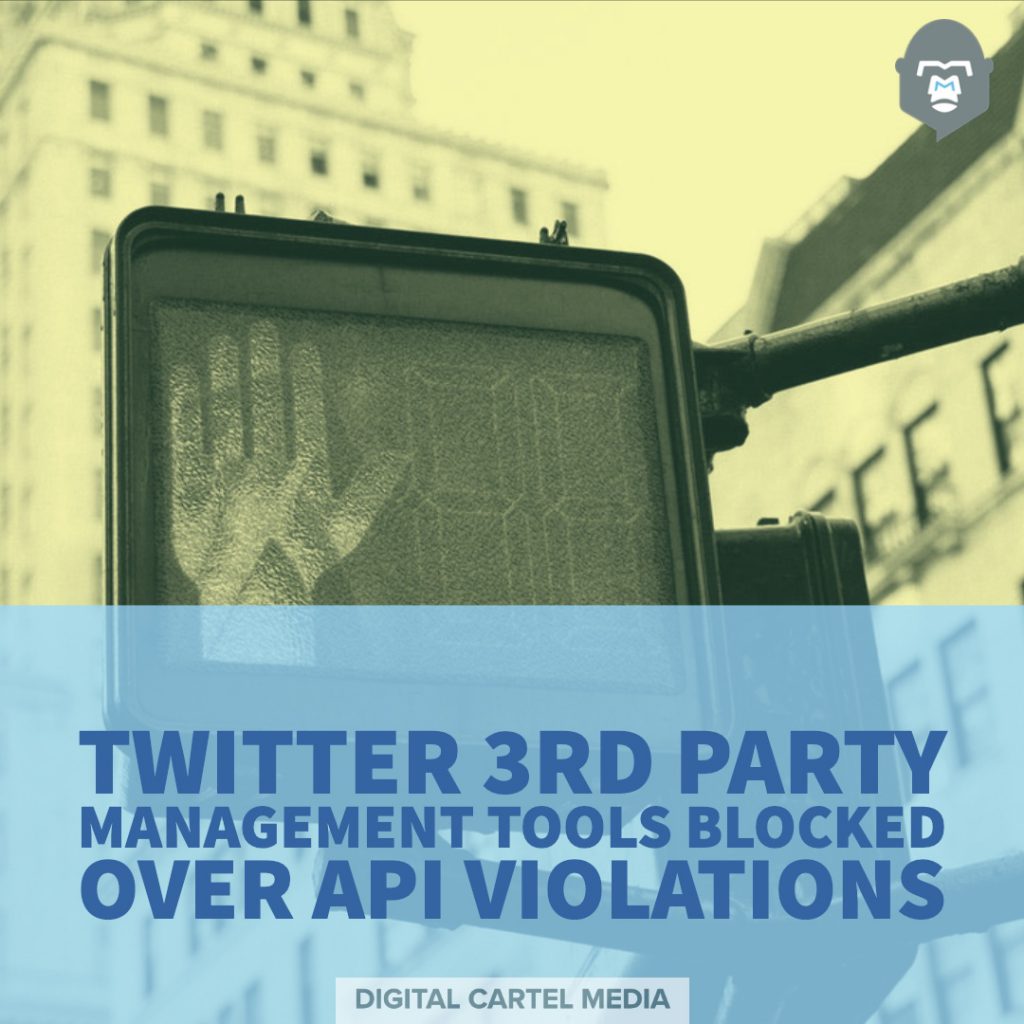 Why is this important?

Twitter is enforcing tighter restrictions on its API use in order to limit the capacity of tools which allow “bulk and aggressive” following behavior. This consists of following and unfollowing many accounts at once. Tools impacted include ManageFlitter, Statusbrew and Crowdfire.

The affected apps say that they’ve complied with all of Twitter’s regulations. They have even worked with Twitter in recent months to ensure they’re not violating the platform’s API limits.

Each of the companies has been sent a email from Twitter explaining the action. However, the notification is automated, with little detail on the specific issue at hand:

Twitter has been implementing tighter restrictions on its API usage since last July. This has beens a part of broader action to stop spammers from misusing the platform and influencing trends. Twitter says it deactivated more than 143,000 apps between April and June 2018 for similar violations. It implemented a larger push on the same in August, which saw several other popular Twitter services cut off.

Most of these tools are still in operation, though with minimal capacity. In rare cases being forced to pause their apps entirely until they can get more information from Twitter.

“Stopping spam and abuse that comes from the use of our APIs plays a big part in keeping Twitter healthy. These apps received previous warnings for violating our API rules and have been suspended. They can reapply for access with a new app that’s compliant.”

If your preferred tweet management tool isn’t working like it used to, this is why, and more third-party Twitter tools could also be impacted in future.